Has NASA, the monolithic space agency, failed in it's quest to put man out into the cosmos? Will profit coupled with man's need to explore be the driving engine which sends man into the cosmos? Think about what has moved technology forward within the American society over the past 100 years or so. Was Orville and Wilbur Wright employed by the government. Of course not. Most of their research and development for the invention of the airplane took place within a small bike shop in western Dayton, Ohio, the birth place of aviation. Thomas Edison, who is accredited with 1,093 patents earning him the nickname "The Wizard of Menlo Park" used his own money to build the Menlo Park research labs in New Jersey. In 1889, Thomas Edison established the Edison General Electric Company. Thomas Edison is considered the most prolific inventor of our time and his inventions were created within the realm of private enterprise.


Did the seed for the invention of the personal computer germinate within a government lab? The invention of the personal computer came from an assortment of various inventions and from the tinkering of Steve Jobs and Steve Wozniak in Job's garage in an area now called Silicon Valley, the southern part of the San Francisco Bay Area in northern California. Their tinkering led to the development of Apple Computers. The story of Bill Gates and the development of the Microsoft family of operating systems took place within private enterprise. The Windows family of operating systems is the most widely used on earth and has been a major player in bringing information technology to the developed world.


NASA is not what it used to be during the Apollo days. Given it's current mind set and culture, it will be difficult within this framework to send man out into the cosmos as true explorers. They have given the nuts and bolts of putting man into space to private contractors. But these NASA contractors have the same NASA mind set because they are under the dominion of NASA. There is a fear of mishaps within contractors without true competition within the market place. NASA awards contracts to the lowest bidder. Does the lowest bidder provide the highest level of safety. Once a company is awarded a contract, they remain a NASA contractor for many years and simply become an extension of NASA. Therefore NASA becomes a autocratic agency with it's arms extending outward to many companies. NASA's manned space flight program can do no more then low earth orbit. Year after year of low earth orbit does not excite the American people. Astronauts today are no longer household names. An American president here and there will give a speech saying we are going to Mars. Even President Bush's January 14, 2004 speech seems to have already been forgotten by the American public.


When we went to the moon this was the start of an exploration. A goal was set on May 25, 1961 by President John F. Kennedy, during a speech before a Joint Session of Congress, to reach the moon before the end of the decade. NASA kicked into high gear and achieved one of the greatest accomplishments in the history of mankind. We took the first step into space and then just stopped. Since then all of the manned space missions have never gone beyond low earth orbit, and the American public becomes bored easily. To gain the American interest and support of the Apollo days, we must send true explorers out into space. NASA wants to take such small, time consuming incremental steps that by the time comes when the really exciting work begins, the American support and interest may be eroded to the point where NASA may no longer have the financial means by which to accomplish such an endeavor. Hence, the need for private enterprise to accomplish such an endeavor. If we are going to go into the cosmos, then lets do it and stop the futile activity.
(continued...)

The ECA has constituted the Future Leaders Exchange (FLEX) program wherein it seeks to promote mutual understanding between the citizens of the United States of America and the inhabitants of Eurasia by way of sending secondary school students from Eurasia to live in an American community for a full academic year.

The Institute of Museum and Library Services has established a funding opportunity to support the Museum Grants for African American History and Culture Program wherein they intend to provide the African American museum staff with added knowledge and ability in all the areas of management, operations, programming, collections care, and other museum skills.

National Institutes of Health: Expanding the Encyclopedia of DNA Elements in Human and Model Organisms

The National Institutes of Health, in cooperation with the National Human Genome Research Institute, has established a funding opportunity to support the Expanding the Encyclopedia of DNA Elements in Human and Model Organisms project.

What Itâs Like to Run a Healthcare Social Enterprise 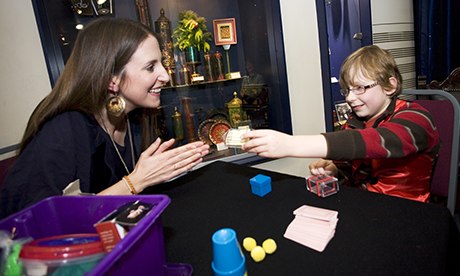 Yvonne Farquharson is the managing director of Breathe Arts Health Research, a social enterprise that uses the arts and creative approaches to healthcare to improve health outcomes for patients, staff and communities, particularly for children with hemiplegia and cerebral palsy.