A private enterprise is not a bureaucracy. If safety issues arise from qualified personnel within a bureaucracy, these issues may not resonate to the proper people within the organization. A case in point, the knowledge of a strong potential for a O-ring failure at low temperatures between the segments for the solid rocket boosters of the space shuttle, existed within the bureaucracy of NASA before the Space Shuttle Challenger explosion. More specifically, this critical information in terms of probability of O-ring compromise was expressed by engineers at Morton Thiokol, the contractor for the development and production of the solid rocket boosters. This information never percolated upward from Morton Thiokol to the proper people within the NASA organization.


In private enterprise, which is non-bureaucratic by nature, a relatively small group of people are working toward a common goal. In this situation, safety issues which arise will be known by all members of the organization. Safety issues will not get lost in a bureaucracy. NASA depends on it's contractors to deliver a high level of safety. A private enterprise depends on itself to provide a high level of safety. The structure of a private enterprise is more suited to the endeavor of sending out explorers into space. The government should award grants to the most promising companies with the understanding that the sending out of explorers into space does indeed benefit mankind.


Americans are at their best when they compete. Competition is an integral component of American society. What was the driving force that put us on the moon. It was the competition with the Russians. At the present moment in time, this type of competition does not exist. Although, it appears as if China may be a future competitor. Americans need to compete to accomplish something. It is competition which drives the advancement of technology. Why not let companies compete for government funding and let the research and development occur within these companies, and most importantly let them compete. These companies can have the same characteristics of any company that wants to produce a viable product. They will not be under contract from NASA and will operate as a separate private enterprise entity. A company can make money from space tourism and the same company can be involved in sending explorers out into space. Government grants can be awarded based on how strong the potential exists for space exploration. A company can be involved in space tourism, exploration, or can provide a research and development platform. This is the future of man's endeavor into space.


Man will be exploring the cosmos with private enterprise being the driving engine. If one enterprise fails, one of the competing enterprises will win out. Sure there will be some disasters and risks will be taken because that is the nature of the business. But when unfortunate disasters or mishaps do occur, the private enterprise engine will not grind to a complete halt. Burt Rutan and his Scaled Composites team have taken the first steps toward this archetypical dream of exploring the cosmos, and they did it with a fraction of the budget that NASA uses and with a team of 130 or so people to boot. They won the Ansari X-Prize by sending a man into space and returning him safely to earth and then they repeated this within two weeks. An absolutely unbelievable accomplishment given the facilities and resources which were available to them. This could only occur within a society where freedom and democracy are regarded as a right to all individuals. The United States is such a society.


Burt Rutan has said that he has never worked a day in his life. He only plays. His passion for his work is what produces results. Burt Rutan and his team represent the core of what makes the United States the greatest country in the world. May be terrorist can get it through their thick heads that freedom does work. Most importantly, Scaled Composites has shown the world what private enterprise can accomplish. Even if Scaled Composite's endeavors never go beyond earth orbit, they have taken the first step within the proper mind set and culture, and this is what will put man into the cosmos. This mind set and culture of pure unadulterated intellectual curiosity is what really will put man into the cosmos. Not NASA's mind set of fear.


NASA has played it's important role by lighting the torch in sending man to the moon. We are now at a point in the history of mankind where that torch should be passed to private enterprise. The developer of the Ansari X-Prize I'm sure shares my thoughts. God has placed the planets and all the stars within the universe there for a reason. It is God's intention for us to move outward into the final frontier. We do this to fulfill the natural curiosity that God has given to us and in the process we better the lot of mankind. Lets go...

What does it mean that Federal Student Aid is a PBO?

SMART Grants - Educational Grants for the Student of Math, Science and Languages

In keeping with this mission, the National Institutes of Food and Agriculture has recently established the Tribal Colleges Research Grants Program in an attempt to conduct agricultural research studies that address high priority concerns of tribal, national, or multistate significance. 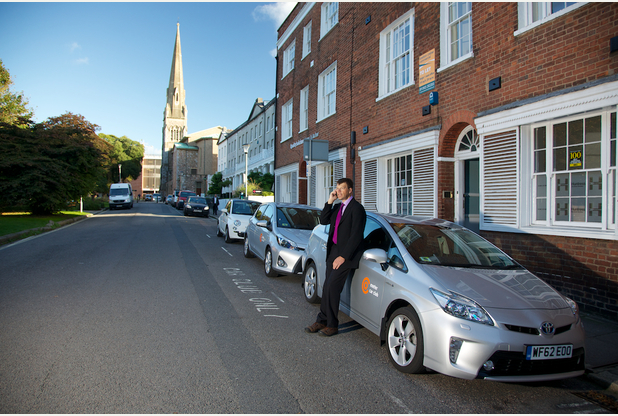 A partner at The Fruit Tree for Business LLP and co-founder of ESSENCE, Lorna Turner, discusses why Social Enterprise Day is a good time to celebrate Exeterâs thriving social enterprise scene.